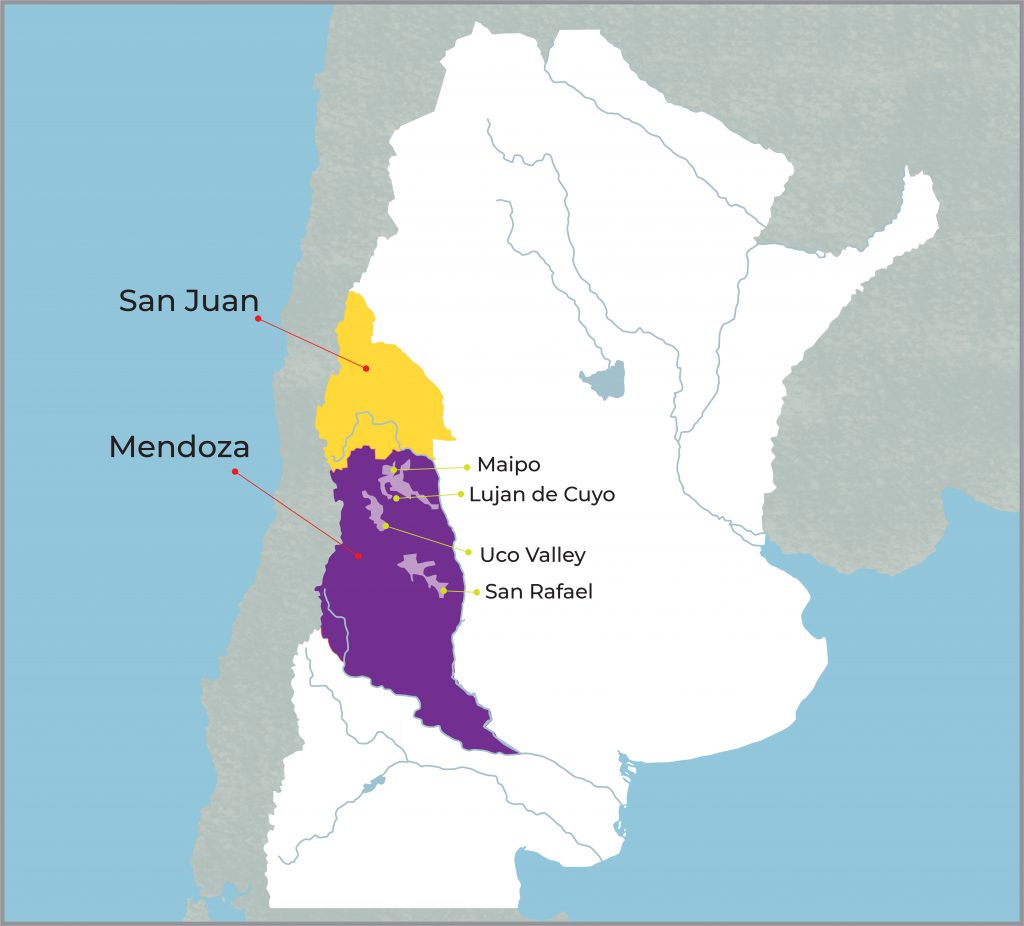 Argentina is a major wine producing country. Along with Australia, Chile and China, it comes after only Italy, Spain, France and the U.S. in total production. When Hand Picked Selections decided to add a New World wine country to our portfolio, Argentina was the logical choice. It is the most Old World of all of the New World producers, with the traditions of Italian, Spanish and Basque producers faithfully carried 7000 miles over two continents and one big ocean.

Argentine wine is almost synonymous with the province of Mendoza. Although there is increasing production and increasingly fine wine from other parts of the country, over 80% of the production is from Mendoza, very comparable to California’s position in the U.S.

Three varieties from three countries that are minor on their home ground are major in Argentina. First and most famous is Malbec. At home in southwestern France it has never been a star, yielding rather tannic, acidic wines that are rarely better than pretty good. In Argentina, spreading out from the Primera Zona southwest of Mendoza, it produces wines ranging from good to great, achieving a rare level of fruit intensity.

Bonarda is the second most widely planted red varietal in Mendoza. At home in Italy, it is a sturdy blending grape. That has been its role in Argentina, but increasingly it is bottled on its own as fine wine. Lastly, Torrontes is no better than the third best white grape of Spain’s Galicia, but again in Argentina it is capable of producing fresh, tender white wine of great subtlety. For Torrontes, clones and growing conditions matter more than for most grape types… the wrong clone in the wrong place can yield wines too strongly perfumed to enjoy.

Directly north of Mendoza, San Juan and La Rioja grow wines similar to but usually not as good as Mendoza. Lacking the wealth and population of Mendoza, it is harder to motivate growers towards quality. Much farther north, Salta and Catamarca are developing fine reputations. These are the highest vineyards in the world, with Bodega Colome at nearly 10,000 feet. Malbec and Torrontes are the stars here, as in Mendoza, but are distinctive, with the Malbecs often more aromatic and the Torrontes more delicate.

Argentina is blessed with some of the world’s greatest wine terroir. Periods of political and economic instability have hindered progress, but the trend is inexorably towards finer wine.

Click on a photo to learn about each region and the wines HPS offers. 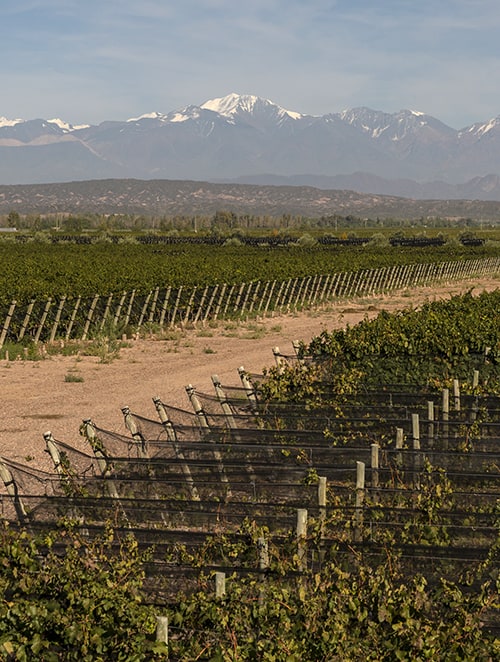