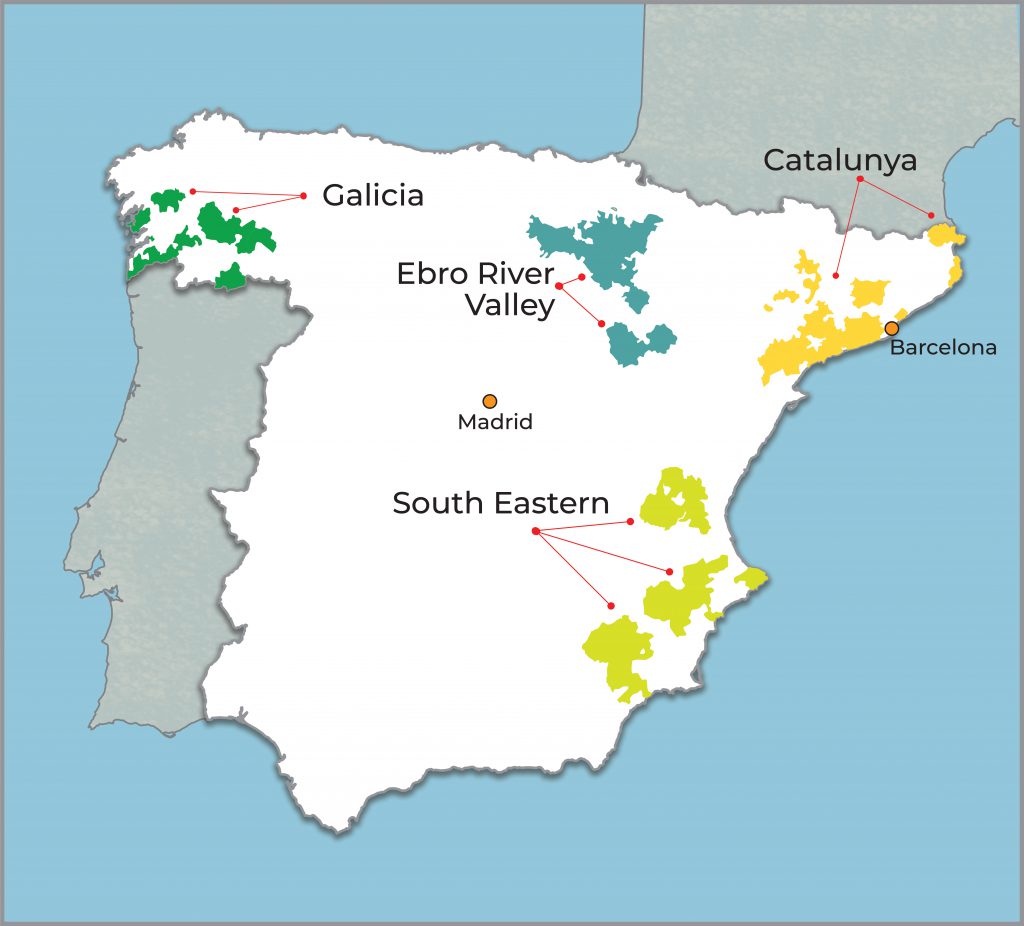 Spain is the second largest wine producing country in the world, after Italy and ahead of France. Unlikely though it may seem, it is not far off of either France or Italy for the diversity of its production. While only a few of Spain’s wines count among the world’s very greatest, an astonishing number of bottlings offer some of the world’s most incredible values.

The Northwest corner of Spain is Galicia, green Spain. This Atlantic coastal region is mostly white wine country, with Rias Baixas Albariño having an international reputation. We represent two producers here, both of top quality and value. Bouza de Carril is a great bargain, and Altos do Cristomil can approach greatness. If you think Spain is too south and hot for great white wine, please remember that if you sail straight west of Rias Baixas for exactly 3000 miles, you can pull up to my dock in Harpswell, Maine.

There are other good whites, as well as a few good inland reds from Bierzo. At the eastern extremity, on the North Atlantic coast, the Basque white wine Txakoli offers acidity mimicking that of German Riesling… before global warming. While it’s fairly well known that Basque country and Catalonia have their own languages, fewer people know that the Galician language is a tongue-twisting mix of Spanish and Celtic.

Vinified in Galicia from grapes coming from all over Spain, Arrumaco has become one of our best selling brands. White Verdejo, red Tempranillo and Rose Garnacha are offered in bottle and 3 litre bag-in-box. In a few short years, these bottlings have made themselves at home in fridges all over the country.

Straight East of Galicia is Castilla y Leon, known in the wine world as the Duero River Valley. Despite some expensive releases from newer regions, Vega Sicilia Unico would be the consensus choice as Spain’s greatest wine. This blend of Tempranillo and Cabernet gets 10 years in barrel and is young on release. The Denominacion de Origen (D.O.) is Ribera del Duero. It only took about 120 years for other growers here to realize the quality potential. Today there are many other fine producers in Ribera del Duero, some of them now also selling for triple digit prices (Unico is ~$200+).

This is not all there is in the Duero however. More recently, Toro has gained a name for powerful Tempranillo wines with prices ranging from moderate to expensive, and Rueda is becoming a staple for inexpensive whites.

A little further East, in the Ebro Valley, Rioja is justifiably Spain’s most famous dry wine, almost entirely red. Tempranillo, blended with some Garnacha in many bottlings, gives one of the world’s most unique wines and greatest values. Young bottlings (often labeled “Joven”) are fruit driven light delights, sometimes retailing in single digits. Barrel-aged Crianza gets at least a in cask and a year in bottle before release. Reserva gets at least an additional year in bottle, although most of them also get longer in cask. Finally Gran Reservas require 2 years in barrel and 3 in bottle. Crianzas can sell for barely over $10. Virtually nothing is priced near $100. For lovers of nicely aged, soft, refined red wines, no other wine region in the world comes close to matching the value of Rioja.

We work with Viñestral, in Joven, Crianza and Reserva, and their top Marques de Reinosa Reserva. Quality is simply ridiculous for prices that can be under $10 for Joven and rarely more than $20 for a top Reserva.

From Cariñena we offer Campil, available for a song. The white is a Viura Chardonnay blend, the red Tempranillo and Garnacha, spiced with Syrah. From Calatayud, Stylo is a bigger, powerful old vine Garnacha that sees some aging in barrel before release.

Wines of Spain calls the easternmost region the Mediterranean Coast, but treating it as one region is really stretching it… both in geography and wines styles. HPS has producers at the northern and southern extremities.

Starting in the far northeast corner of Spain Empordà is an unknown gem of a district. The terroir is not much different than that of the far more famous Priorat, but prices are less than half, sometimes just a tenth. Quality can be fully equal. Celler Arche Pages is our producer and Bonfill Arche-Pages has made wines that are truly great. His “Satirs” bottling is incredibly rich for the price. “Bonfill”, also a blend of Grenache, Carignan and Cabernet, is great wine; strict parcel selection from older vines and tiny yields give a wine that truly benefits from 18 months in new French oak… the oak integrates completely. This can be great wine.

There are a number of Appellations known for red wine ringing Barcelona… Pla de Bages, Costers del Segre, Conca de Barbera, Terra Alta and Montsant are all considered to have good to fine potential. The old, but newly famous DO of Priorat is on another level. Many of its producers are considered among the best of Spain and the world. Its most expensive bottlings are the most expensive wines from Spain, although it’s questionable if they are really as good as Vega Sicilia. Time will tell. Unicos from the 1950s are still going strong; virtually nothing from Priorat was bottled until almost 1990.

Along the coast, mostly south of Barcelona, there is another vast vineyard and industry. This is Cava country, Spain’s ubiquitous sparkler. Supermarket brands provide a clean bubbly white beverage complete with alcohol for under ten bucks. Smaller producers can produce good or fine if not great wine. The most expensive bottlings can be priced with Champagne; their value is a matter of individual taste and judgment.

South of Catalonia is Valencia, both as a city and a wine region in the shadow of Barcelona and Catalonia. The only DOs are Valencia, Utiel-Requeña and Alicante. They are not famous for quality, although as with anywhere in Spain, values can be found. Alicante is the name of a grape variety, one of the rare reds that actually has red juice. Previously used to HPS does not represent any growers here, but we sell more wine from around Valencia than from anywhere else in Spain. This is the source of most of the juice for Arrumaco, mind-boggling values in red (Tempranillo), white (Verdejo) and Rose (Garnacha), in both bottle and 3L bag.

The last stop south in this region is Murcia. Here is hot, dry Spain. Jumilla, Bullas and Yecla are the DOs. HPS brings in a powerful but brilliant Jumilla, Panarroz. The great grape here is Mourvedre, here called Monastrell. We blend it with dollops of Syrah and Garnacha to make a very big bang for the buck.

It took grape scientists about a century to discover that Cabernet Sauvignon was a cross between Cabernet Franc and Sauvignon Blanc. A linguist could have told them that on Day One. There is a hamlet named “Murviedra” on the coastal border of Valencia and Murcia. No prize for guessing the origin of the Mourvedre variety.

The southern tier of Spain is Andalucia. For about a thousand years this was by far Spain’s most famous wine region. The wine is Sherry. This fortified wine comes in a bewildering variety of styles, from dry to thick with sugar; from light and tangy to elephantine. The adjoining Manzanilla is similar. Malaga is another iteration. The few DOs for unfortified wines have yet to make an impression.

The Meseta comprises the center of Spain’s vineyards, stretching from Castilla y Leon south to Andalucia and from the most inland Mediterranean vineyards to the Portuguese border. 70% of Spain’s vineyards are here. There are almost a dozen DOs as well as a handful of Vinos de Pago, a new Spanish classification for individual wine Estates that meet certain standards. Vinos de Madrid is a large DO. La Mancha is truly vast, with 400,000 acres of vines. A few brave souls are trying for quality here, but it’s an uphill battle.

If the Meseta is a vast and uninspiring wine region, the Spanish islands are tiny and fascinating, albeit almost unknown, with almost no wines exported to the U.S. The Mediterranean islands of Mallorca, Minorca and Ibiza are world famous as tourist resorts. The fact that they grow some good wines, mostly white, is still an afterthought. Few are exported… why send them away when visitors will happily drain the production. Even more obscure are the Canary Islands. During medieval times the wines were famous (Shakespeare mentions them in Twelfth Night), under the name “Malmsey”. Today Malmsey is exclusively from Portugal’s Madeira, but the origin of the name is from the Malvasia grape, grown for centuries in the Canary Islands. Few people can tell you where the Canary Islands are without a map… over a thousand miles southwest of Spain, off the coast of Africa. About halfway through a flight, you’ll pass directly over Casablanca.

This brief tour of Spain’s vineyards is obviously incomplete and highly opinionated. One thing we can assure you: Taste our Spanish selections and you will be happy.

Click on a photo to learn about each region and the wines HPS offers. 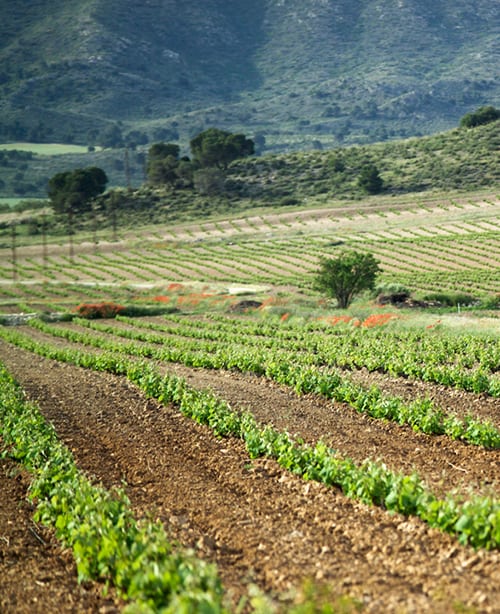 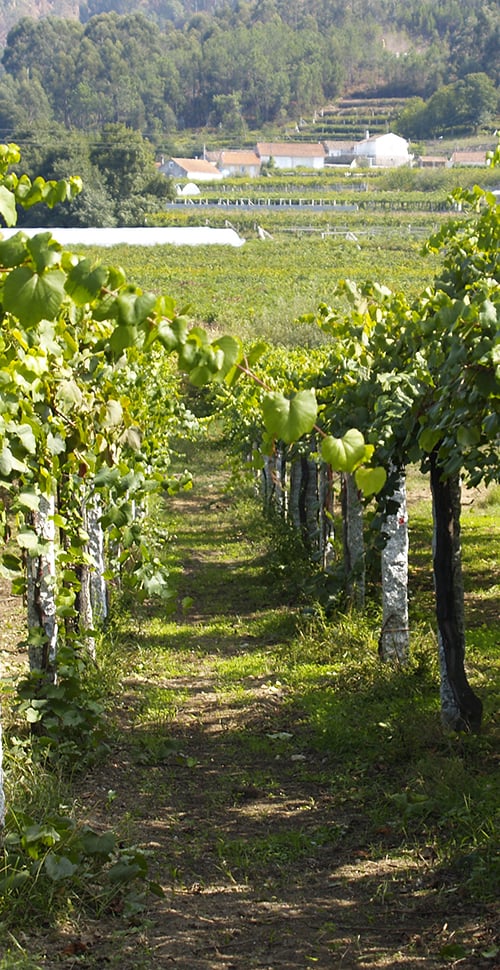 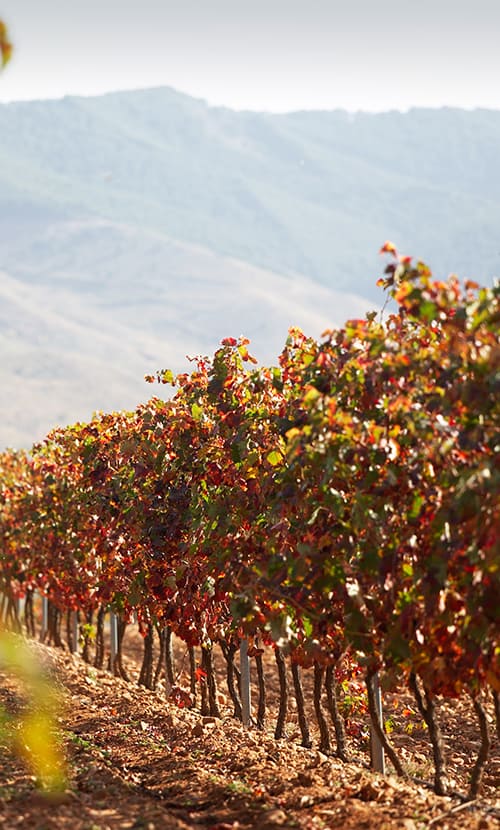 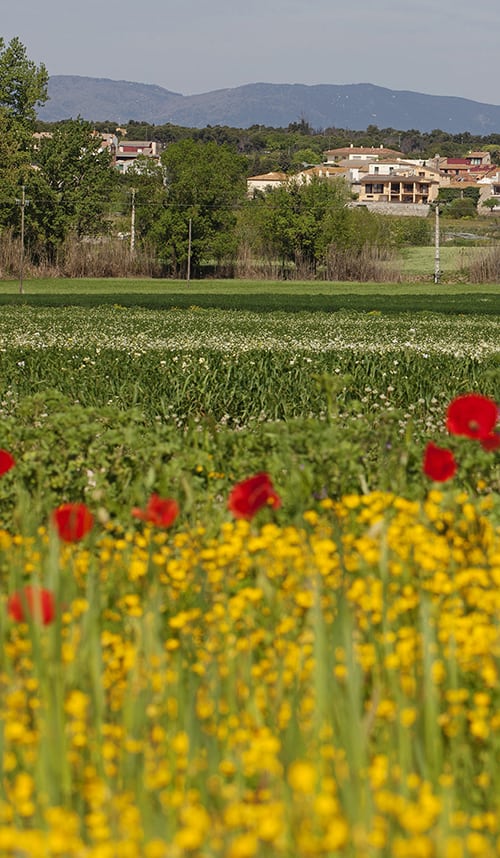